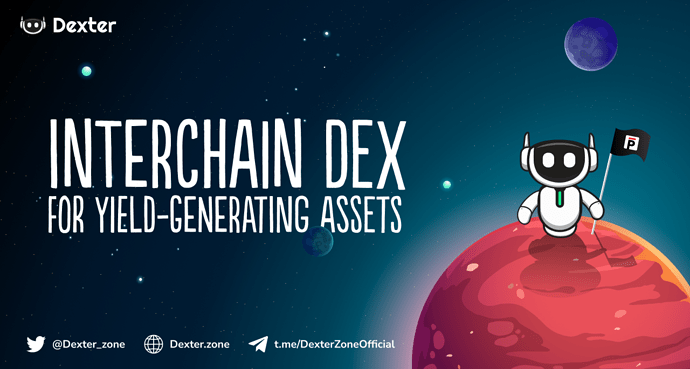 Liquidity is critical in DeFi ecosystems. Billions of dollars worth of assets are locked as staked assets to secure Proof-of-Stake blockchain networks. These networks aim to maintain a large number of assets staked across several validators to ensure network security and prevent attacks. Meanwhile, users face the dilemma of staking their assets to earn a passive yield or using them on DeFi protocols.

Liquid staking allows users to simultaneously stake and use their assets in DeFi, maintaining liquidity for these assets.Cosmos-based chains leverage the Tendermint consensus mechanism, an optimized version of Proof-of-Stake consensus, liquid staking Zones like Persistence would unlock liquidity for staked assets in Interchain DeFi.Building an AMM will be the first step in building an ecosystem of liquid-staked assets.

Moreover, throughout the DeFi ecosystem, users lock liquidity in protocols to mint yield-generating assets, such as interest-bearing tokens on lending protocols. Support for these tokens in the DeFi ecosystem would maximize capital efficiency by allowing users to use them while earning their yield in the background.

Dexter team requests 450,000 XPRT from the Persistence One community pool to fund, develop and advance the project.

The team will use these resources to grow a dedicated team, marketing and BD efforts, and fund other operational costs.

With the launch of pSTAKE on the Persistence Core-1 chain and the subsequent launch of stkATOM and other staked Cosmos assets, Persistence would solidify its position as the liquid staking hub for PoS.

In addition to stkAssets issued on the Persistence chain, Dexter would also support liquid-staked assets from other zones such as Stride and Quicksilver.

Dexter would bring the best innovations in AMMs from all of DeFi to the Cosmos ecosystem, feature multiple types of pools, and offer customizability on parameters to serve a multitude of users.

Over $5B worth of assets are staked on chains across the Cosmos ecosystem. Persistence One, the Liquid Staking Hub for PoS assets, serves as a natural home to build an AMM that supports liquid-staked assets.The primary driver for liquid staking would be the growing number of use cases for these liquid-staked assets, a decentralized exchange would serve as the base for the DeFi ecosystem of liquid-staked assets.

A team of world-class builders from AstroTech Labs and Yeti Labs is working closely with Persistence Labs to build Dexter.

Astrotech Labs - Astrotech labs is a venture studio aimed at driving the adoption of cosmos sdk for enterprise / public blockchains.Astrotech Labs is building the smart contracts for the protocol.

Yeti Labs - Yeti Labs is a leading developer house that brought to life the front end of many blockchain dApps on Terra. They have worked on Dapps like Astroport, Whitewhale, Prism, and Nexus. They have delivered a responsive, functional, and clean user experience. Yeti Labs is now bringing its knowledge and expertise to partner with the Dexter team. Building out the front end for Dexter

Dexter team is committed to the long-term growth of the protocol and the Persistence ecosystem, and aims to align all stakeholders in the development of the AMM.

These are commitments that the team is bound to deliver upon passing of the proposal.

Dexter_v1 supports the tried and tested AMM mechanisms inspired by the best innovations in all of DeFi, and would offer an optimized experience to traders for yield-generating assets.

Apart from the development and maintenance of the protocol, the team would also ensure proper documentation and internal as well as third-party audits of the code prior to launch.

Soft commitments are additional features and improvements that the team is willing to pick up after the launch of v1, subject to successful product-market-fit metrics. The team will define the prioritization of these tasks at the appropriate time.

LP Tokens on Dexter will be subject to a 7-day unbonding period to be eligible for liquidity mining programs.In the future, Dexter may offer an Instant Unbonding feature to LPs willing to unlock liquidity for a fee, this would be beneficial in a sudden market downturn. Instant LP Unbonding Fees will be charged to LPs who wish to withdraw liquidity from a pool instantly.

The team would explore more efficient AMM mechanisms to facilitate trading for yield-generating assets and mitigate challenges like impermanent loss and slippage.

The team would explore the feasibility of supporting more types of yield-generating assets like interest-bearing tokens on lending protocols and liquid-staked assets from other chains.

The following smart contracts will be deployed on the Persistence Core-1 chain :

The Vault is the core of Dexter; it is a smart contract that holds and manages all tokens in each Dexter Pool. It is also the portal through which most Dexter operations (swaps/joins/exits) take place.

The Vault owner can add new pool types to the Dexter Registery. The Vault charges swap fee on swaps that take place in Dexter pools and the fee is transferred to the Keeper contract.

Dexter’s Stable-5-Pool implements the stableswap invariant for upto 5 assets in the pool and implements compute calculations on Liquidity provision / withdrawal and swaps.

Dexter’s Weighted Pool is based on a particular N-dimensional surface which defines a cost function for the exchange of any pair of tokens held in a Pool which was introduced by Balancer. Dexter’s weighted pool accepts maximum of 8 tokens and the weights cannot be updated once the pool has been initialized.

MultiStaking contract takes custody of the LP tokens and issues reward linearly to users based on their staking ratio. It is an extension of the Anchor staking contract but allows staking of more than 1 LP type and also rewards distribution in more than 1 asset.

Multisig and Release of Funds

The team proposes to allocate 450,000 XPRT tokens from the community pool, subject to the following schedule -

Upon the approval of the proposal, the funds will be transferred to a 3/5 multi-signature account managed by the following individuals and validators:

Validators on the Persistence Core-1 chain :

If the 400,000 XPRT incentives are not being used entirely, requested funds would be carried forward for the coming months looking at the market conditions, thus ensuring the community funds are used wisely in incentivizing the pools, which will help the overall growth of the product based on the Go-to-Market strategy formulated by the Dexter team.

With this proposal, the Dexter team aims to kickstart the development of a thriving DeFi ecosystem for liquid-staked assets on the Persistence core-1 chain. Based on the feedback from the community and stakeholders of the ecosystem, the team will put up a proposal on the chain later this week.

Great proposal! One concern I have in regard to using XPRT as LP incentives for Dexter is selling pressure. Liquidity is very low both on DEXs and CEXs and could take the price of XPRT substantially lower with minimal volume.

This could be avoided by improving the liquidity aspect of XPRT.

I would love to hear others’ views on my concern as it may be redundant.

Nice proposal!, one things I would like to learn more about would be the upcoming AMM mechanisms on the protocol, mentioned under soft commitments.

what assets will be listed on launch/

The Lp rewards will be vested or liquid? i also have concerns about selling presure even with the next halving around April nex year, not even stkATOM is available yet.

Great Proposal! looking forward to the launch. What would the bonding period for LPs?

Hey @ryansmith ! Post version 1 launch, the team will be working on improving/innovating better mechanisms around the exchange rate of the liquid-staked assets. The subsequent product versions will mainly focus on features/upgrades that will possibly reduce impermanent loss in pools with exchange-rate-based asset(s). This allows for higher capital efficiency for LPs.

Hey @rohanxdesign! To answer your question, currently, the team is looking to bring in IBC-enabled assets like ATOM, OSMO, liquid-staked assets from multiple zones, and XPRT which will be the base asset for all the pools other than pools created for liquid-staked assets. The reason being, ATOM and OSMO are the most liquid assets across the IBC ecosystem.

Hey @godfather ! The bonding period for LPs on Dexter will be 7 days. LPs who bond their assets are eligible for external incentives.

Hey @CosmonautStakes ! The goal of incentivization despite the market conditions is to increase XPRT liquidity on Dexter which eventually will absorb the sell pressure caused by the incentives.

The proposed incentive allocation has been derived keeping the current XPRT liquidity and volumes in mind. The thought process is to not let the incentives affect the price (sharing estimate calculations of possible price impact below). In addition to this, to maximize capital efficiency, one can stake their incentives.

That being said, the Persistence team has parallelly been working on ways to drive XPRT utility to further drive liquidity and use cases for the token. Here’s the blog sharing more details on the same: 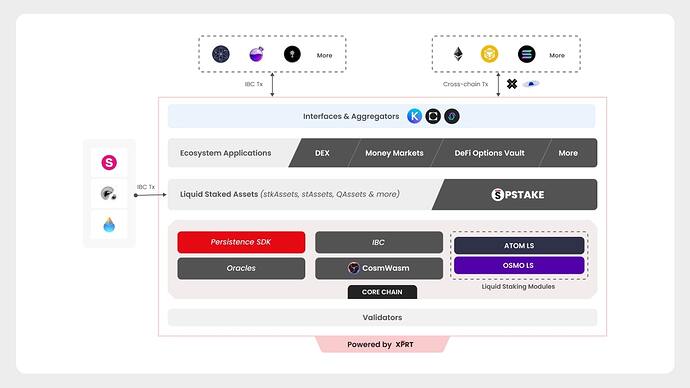 Full Throttle Forward: The Next Phase of Growth - Persistence

This articles highlights the growth trajectory of the Persistence ecosystem, drivers propelling the research and development and components of the liquid staking economy

I’m glad you’ve already made this consideration and have some estimated calculations around the possible outcome of using XPRT as an external incentive. Thanks for providing such a detailed response.

Hi, Can you share planned Go Live date? It would be great to allow stakers jump out on time…